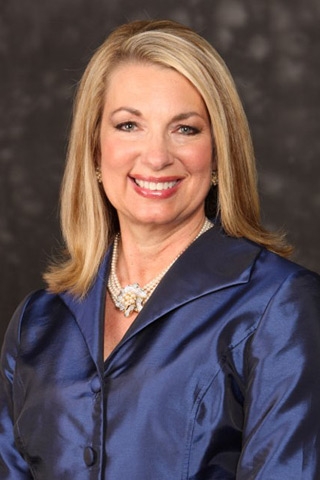 Commissioner Connie Hudson has been an active member of the Mobile community for more than 25 years with extensive volunteer and public service experience. She served nine years as the District 6 representative on the Mobile City Council before her election in 2010 as the District 2 representative on the Mobile County Commission. She has participated in major economic development initiatives such as the Mobile area's site selection for the ThyssenKrupp Steel Plant (now AM/NS Calvert), Austal USA, the Airbus U.S. Final Assembly Line at Brookley Aeroplex, the Airbus A220 Expansion, the Walmart Distribution and Amazon Sortation Centers, and the South Alabama Logistics Park.

Commissioner Hudson led the initiative to build the 20,000 sq. ft. senior recreation center in west Mobile, which opened in 2007 and was named in her honor by the Mobile City Council in May of 2013. She currently serves as President Emeritus of the all-volunteer non-profit MRSCC Foundation that was incorporated to provide resources for the Connie Hudson Mobile Regional Senior Community Center. She initiated the project to build the Mobile County Bicentennial Pavilion in Medal of Honor Park and spearheaded efforts to purchase and renovate property off of Moffett Road to establish the Semmes Senior Center in 2013 and the Center’s expansion that opened in June of 2021.

She has championed other capital projects including a Mobile County Recycling Drop-Off Center which was completed in November 2014, parks and recreational improvements, such as the Semmes Community Center and Semmes Fire Training Tower, Tanner Williams Community Park and Medal of Honor Park upgrades, construction of a 10-field soccer complex and aquatic center near I-10 and I-65, and the purchase, renovation, and expansion of the Escatawpa Hollow Park and Campground. She has also directed over $84 million in Pay-As-You-Go Transportation Program funding within District 2.

She has been married for 42 years to Dennis Hudson, a retired BASF Senior Staff Engineer. The Hudsons have three children: Brian (36), a U.S. Navy Lieutenant Commander and F/A-18 Super Hornet aviator, stationed in Virginia with his wife, Heather, and children Annabel (7) and Gavin (4); and twin daughters, Julie and Dana (33). Julie, an attorney, resides in Mobile with her husband Patrick Nelson, and daughter Nora (9 months). Julie also serves as a JAG officer in the Alabama U.S. Army National Guard. Dana earned a Master's Degree in Music Performance at Southeastern Louisiana University and is employed as a Paralegal in Metairie, Louisiana, where she resides with her husband Benjamin Ward. 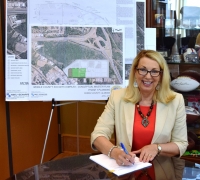 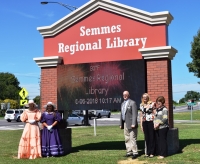 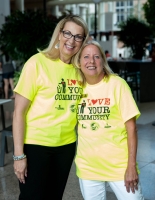 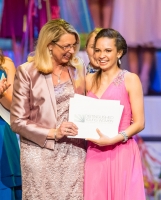 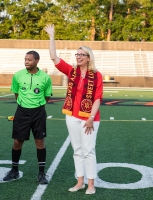