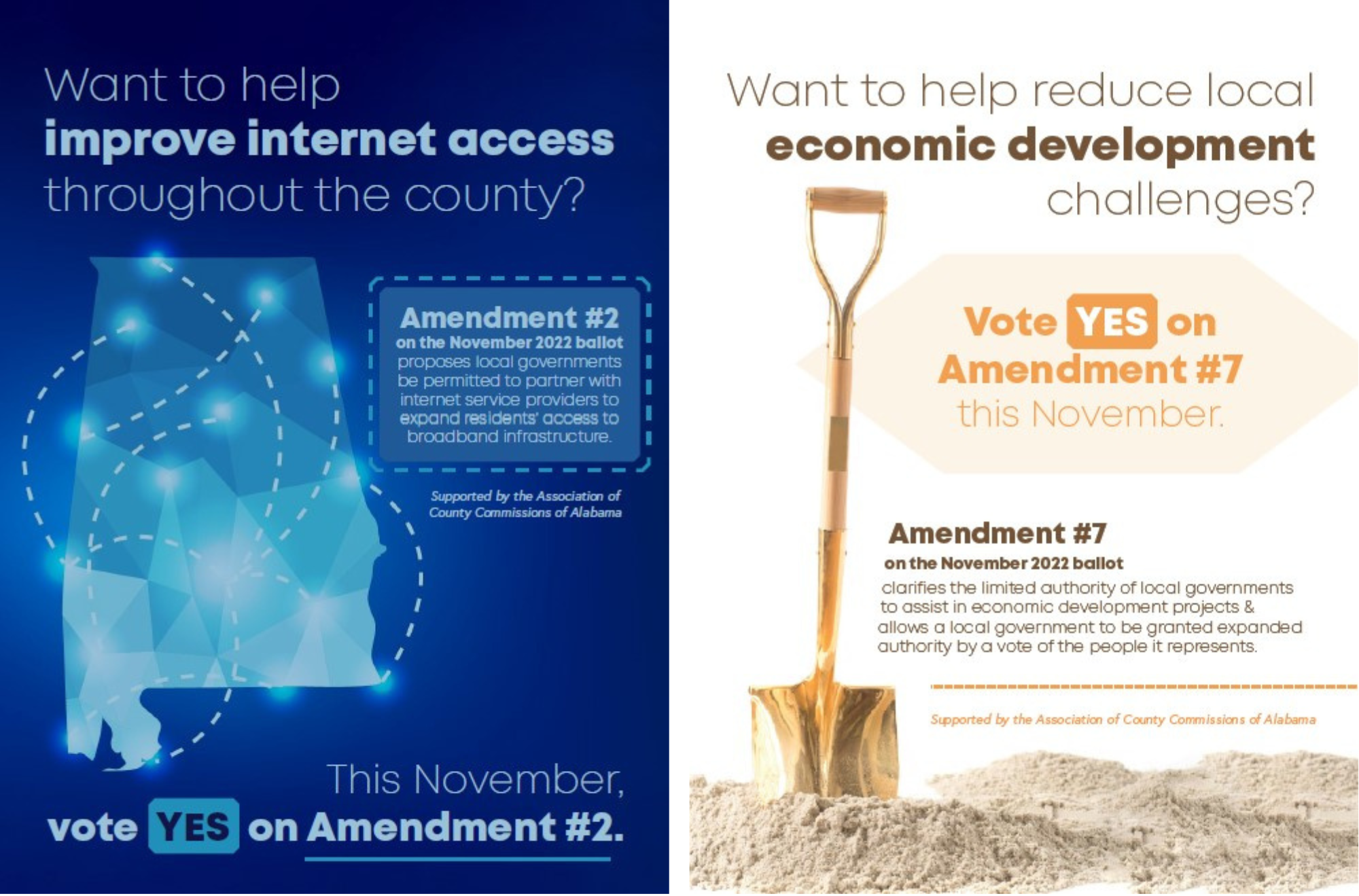 The text of the resolution is below:

WHEREAS, the Mobile County, Alabama, County Commission stands in favor of the proposed Amendment 2 and Amendment 7 to the Alabama Constitution, which will promote broadband expansion and economic development, respectively; and

WHEREAS, Amendment 2 would authorize state and local governments to use certain public funds to incentivize broadband expansion, most notably in the rural and underserved areas of the state; and

WHEREAS, Amendment 7 would make several necessary technical changes to local governments’ economic development powers, the most important of which is clarifying that all counties may utilize such powers, regardless of whether they have a local constitutional amendment pertaining to economic development; and

WHEREAS, Amendment 2 and Amendment 7 will each greatly benefit Mobile County and the State of Alabama by prioritizing broadband expansion and economic development as we progress further into an era in which economic and technological stability are critical; and

WHEREAS, citizens across the state are urged to vote "Yes" on Amendment 2 and Amendment 7 on Election Day, November 8, 2022;

NOW, THEREFORE, BE IT RESOLVED BY THE MOBILE COUNTY COMMISSION that it expresses its resolute support of Amendments 2 and 7 to the Alabama Constitution and any other legislation or policy modeled similarly.

Mobile County’s sample ballot for the Nov. 8, 2022 general election is available through the Alabama Secretary of State’s website https://www.sos.alabama.gov/sites/default/files/sample-ballots/2022/gen/Mobile-Sample.pdf.

MOBILE COUNTY, Ala. – The week of the Veterans Day holiday, Mobile County Commission is

MOBILE COUNTY, Ala. – After approximately six months of work, the newly paved Triumph Road in Citronelle