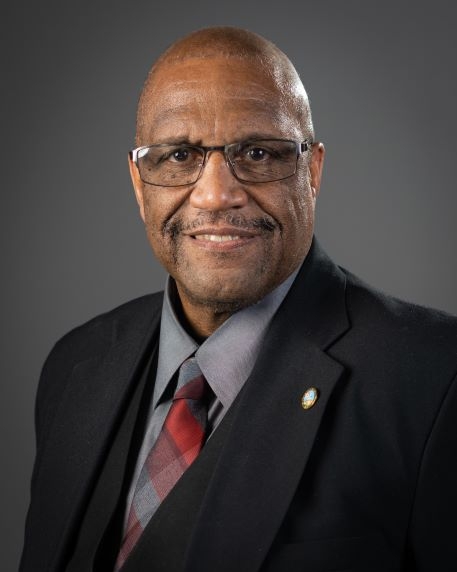 In addition to the 48-hour Basic Course and the 60-hour Certificate in County Administration, Hodge completed seven additional courses and received a resolution of support for his certification from the Mobile County Commission.

Before joining the County, Hodge worked in the banking industry and owned a consulting business. Hodge also served 20 years in the U.S. Coast Guard Reserves and retired as a Petty Officer.

Hodge earned a bachelor’s degree in Economics from the University of Pittsburg. He began his career as a defensive back for the Philadelphia Eagles. He completed both the Southwest Alabama Police Academy and the Northwest Alabama Law Enforcement Academy. He is Alabama Peace Officers Standards and Training Commission certified.

Some of his honors include being named class president of the Police Academy, Governor’s Award for Outstanding Reservist of the Year, “Preparation Equals Performance” Award from the U.S. Coast Guard, and being named a member of the All-Eastern Football Squad.

Hodge presently serves on the board of directors for the Mobile County Communications District (9-1-1), and Mobile Area Education Foundation. He is married to Cheryl Hodge, a retired school teacher.

MOBILE COUNTY, Ala. -- $10,000 in grants to eight Love Your Community teams were presented at the Mobile